The upcoming season will be GRT’s first in the prestigious DTM and, with Mirko Bortolotti behind the wheel, the squad has secured services of both their long-term team leader as well as one of sports car racing’s finest drivers. The FIA Formula 2 champion and former Formula 1 test driver was signed by Lamborghini Squadra Corse in 2015. Since joining the Emilia-Romagna-based manufacturer, the 32-year-old Italian has established himself as one of the top contenders in sports car racing worldwide.

Sporting the colours of GRT for the first time in 2015, he has to date chalked up 17 victories, 21 pole positions and 35 podiums for the team. Amongst his most notable successes are wins at in the iconic endurance races at Sebring and Daytona, the latter having been conquered by him twice. In 2017 he was part of the GRT crew that won both the overall driver and team titles in the Blancpain GT Series. In 2021 he made his DTM debut in a one-off appearance at Assen, claiming a podium as well as posting the fastest lap of the race.

His team-mate will face the biggest task yet in his career by entering the DTM. Rolf Ineichen’s career in motorsport dates back to 2009 when he first competed in the Porsche Carrera Cup. Since 2016 he has been affiliated with GRT. Over the years, the 43-year-old Swiss has developed into a well-respected competitor in GT3 racing and built a reputation as one of the strongest Silver category drivers in the sport.

He has five wins to his name competing with GRT in the ADAC GT Masters and the GT World Challenge Europe. Added to that, he also played his part in all three of the team’s victories at Daytona and Sebring in 2018 and 2019. In the previous year, he concluded the ADAC GT Masters championship in the Top Ten for the fourth time and proved once and for all that he’s got what it takes to face the challenge that is DTM.

Alessio Deledda switches from Formula 2 to DTM with GRT

An entirely new addition to both GRT and GT3 racing is young Italian Alessio Deledda. The 27-year-old carved his own path in the world of motor racing, starting his career on two wheels in the Italian Superstock 600 championship in 2017. The following year he made the transition to car racing, competing in the Italian Formula 4 championship before subsequently graduating to race in the FIA Formula 3 as well as in the FIA Formula 2. In 2022 he will perform yet another big move in his career, as he contests the DTM as an official Lamborghini Squadra Corse junior driver in the colours of GRT.

Mirko Bortolotti: “Stoked to be joining GRT in the DTM this year! It will be a privilege driving the Lamborghini Huracán GT3 EVO #63 in this iconic championship. Grateful to Lamborghini and the team for their faith and pleased that the good work and consistency over the years haven’t gone unnoticed. I’m sure we have a solid base and our long term partnership will surely be beneficial for this new challenge ahead. Can’t wait to start the season!”

Rolf Ineichen: “I'm very happy to be contesting the DTM this season. I’ve been fascinated by the DTM since many years and it’s a dream coming true. Competing at such a high level is an incredible challenge. Of course I'm particularly delighted to walk this path together with GRT. We have a long history and I feel very comfortable in this team. I've learned a lot here over the past few years and I feel ready to take on a new exciting adventure in the DTM. I can hardly wait for the season opener.”

Alessio Deledda: “I am very excited to start this new chapter. Coming from Formula 2 I consider the DTM the perfect environment for me to grow as a racing driver. It’s a renowned championship that provides an extremely fierce level of competition. The field will be very strong this year and I’m highly motivated to take on this challenge. The switch to sports car racing will be an entirely new experience for me and I’m convinced that GRT is the best team for me to make this step. They are a well-respect outfit that have achieved remarkable successes together with Lamborghini Squadra Corse. I consider myself honoured to be a part of this team and this manufacturer, and also to be working together with Mirko Bortolotti, who is a driver I have a lot of admiration for. I’m looking forward to learn from him and I’m ready to give my best for the team.”

Gottfried Grasser, Team Principal of GRT: “I’m extremely delighted to confirm our line-up for the 2022 DTM season. It will be an exciting year for us as a team and I’m really proud to have Mirko and Rolf on board. They have been an integral part of our crew for many years and have been instrumental to some of our biggest successes. I’m proud of what we have achieved together and I can’t wait for what’s to come in the DTM. Alessio on the other hand is new to our team and we are just as much looking forward to see him grow and evolve as a driver in one of our cars. He is very committed and the DTM certainly is the right step for his career. With Clemens having been signed early on, we have a very competitive line-up at our disposal. The excellent collaboration with Lamborghini is crucial regarding this aspect as well and I'm enormously grateful for their support in our DTM project. We want to fight for podiums as soon as possible and I’m confident that we have everything in place to achieve this goal.”

Manuel Reuter, Team Manager and Sporting Director of GRT: “Our line-up offers a perfect combination for our debut season in the DTM. In Mirko we have both a contender for victories and a first-class team leader. He's a fantastic benchmark that the others will benefit from. Rolf is taking on an unbelievable challenge in the DTM that will lead him to continue to grow as a racing driver. He has the confidence and the skills to compete at this level. For Clemens, the DTM is a great opportunity to put himself in the limelight. He has often had to make compromises in the past and can now focus on realizing his full potential. Alessio, on the other hand, as a newcomer to GT3 racing, will be in a learning year in which he has to gather experience in the first place. All four drivers have their own personal mission to focus on, but they will also be benefiting from strong teamwork. This is a very promising starting position for us on which we can build.”

Giorgio Sanna, Head of Motorsport Lamborghini: “We are really looking forward to the upcoming season and working hard with GRT to start in the best way possible. DTM is a very popular and prestigious championship that involves the best automotive brands, high level teams and very strong drivers, and we are determined to fight for the top positions thanks to our winning Huracáns, an experienced team like GRT and a talented driver line-up.” 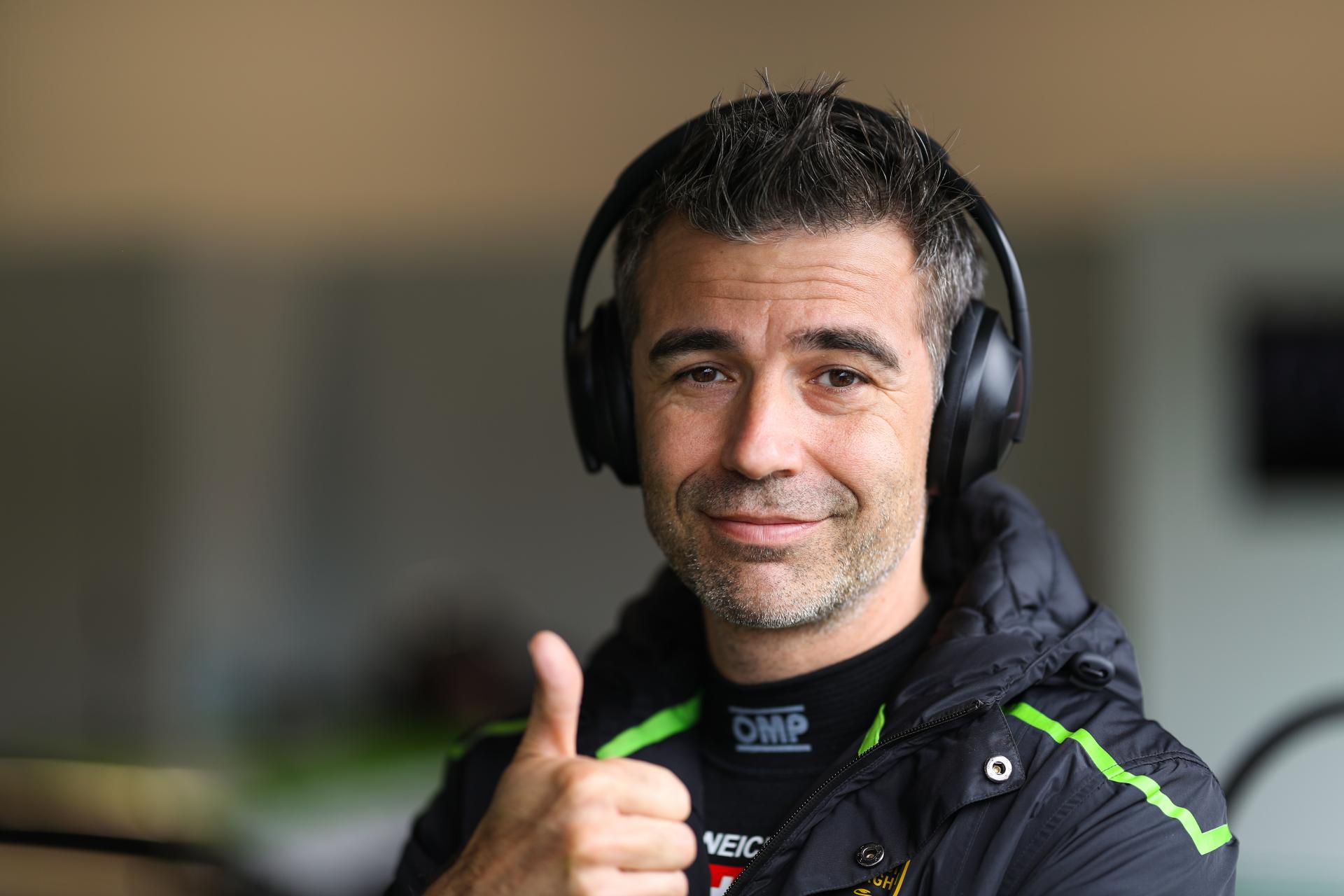 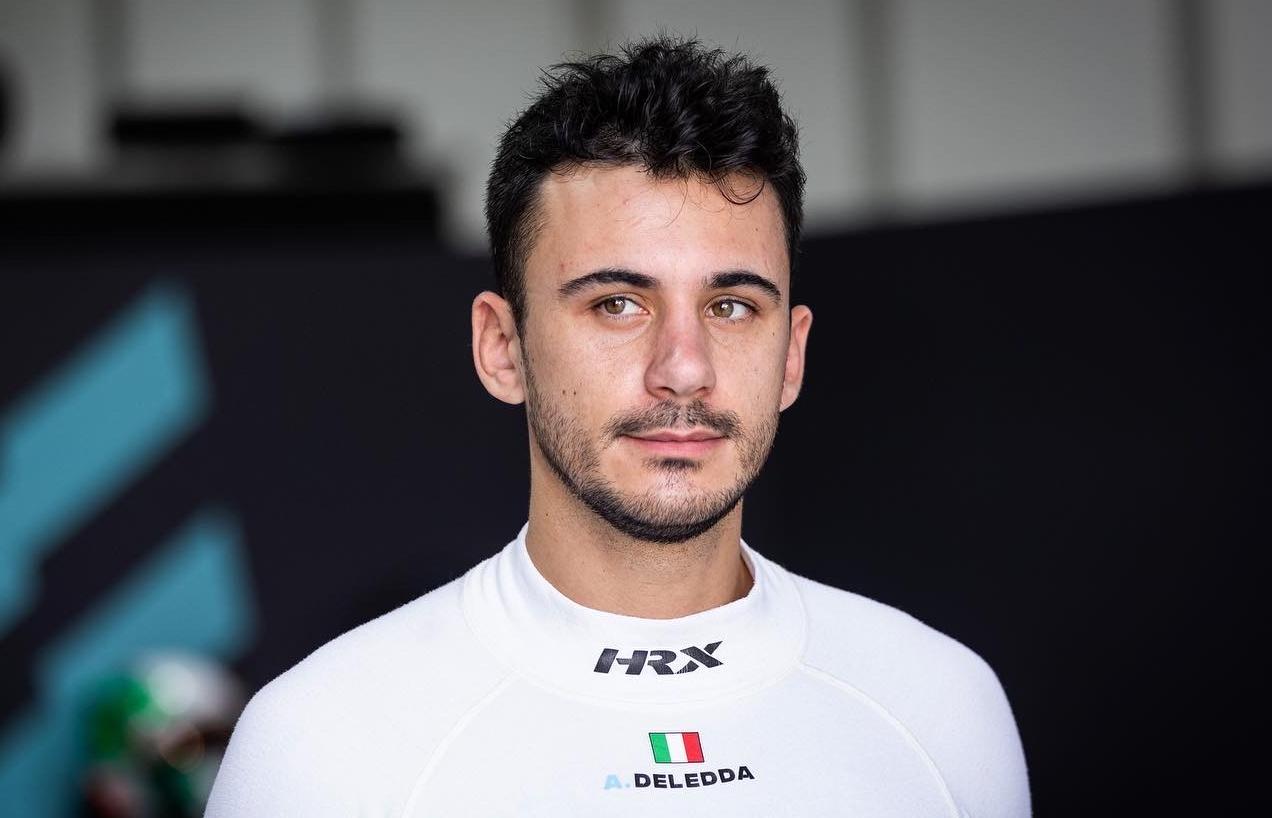