The finale of the 2022 DTM at the Hockenheimring kicked off with a race well fitting for GRT's nail-biting debut season in the legendary championship. On Saturday, Mirko Bortolotti drove to seventh place in a dramatic race. The Lamborghini factory driver was in a promising position and in contention for victory when a time loss during the pit stop thwarted his momentum. In a fiercely contested closing stage, he made up three positions to finish in the points. On Sunday, he still has a mathematical chance of winning the title with a 28-point deficit. Rolf Ineichen, Clemens Schmid and Alessio Deledda did not see the chequered flag after incidents through no fault of their own.

Qualifying in the morning already offered plenty of action. Mirko Bortolotti fought for pole position right from the start of the 20-minute session. On his last run the driver of the #63 Lamborghini Huracán GT3 EVO was well on his way to securing the first grid spot in the field of 27 GT3 cars. Although he lost three tenths of a second in the final corner, the lap was fast enough for third place on the grid despite the significant time loss. Clemens Schmid as well was on strong form in qualifying. The 32-year-old Austrian put car number 85 on the fifth row of the grid. Rolf Ineichen and Alessio Deledda claimed rows seven and 13.

In the race over a distance of 55 minutes and one lap, fierce battles prevailed throughout the field from the word go. An accident on the opening lap caused an early safety car period. Mirko Bortolotti kept cool during the restart and didn't let himself be rattled by a red flag with another restart a little later. In fourth place he drove a long first stint, with consistently fast lap times putting him into contention for the win. However, at the pit stop on lap 19 a time loss during the right rear wheel change set him back. In the closing stages, the 32-year-old Italian fought his way back from tenth to seventh place with several determined moves. In the process, he made up five seconds on the race winner.

For the other Grasser Racing drivers, the start into the grand finale did not hold the hoped-for luck either. Alessio Deledda was running in a strong third place after an early pit stop. On the 20th lap the 27-year-old Italian had to retire early with a technical problem. Clemens Schmid and Rolf Ineichen were involved in an accident at the first restart on lap seven through no fault of their own. The latter escaped with a scare thanks to the excellent safety features of the Lamborghini Huracán GT3 EVO. The 44-year-old Swiss returned to the team unharmed after a precautionary examination in hospital in the afternoon. However, due to the damage sustained to the car, he will not be able to take part in the 16th and final race of the season on Sunday.

Mirko Bortolotti: "We had the potential to win this race. After the turbulent opening stage, things were looking very good. Our pace was strong and the strategy was on point. Everything worked out as planned, but then the pit stop went wrong and that cost us the chance on victory. These things happen, yet they don't change that I stand behind my crew. I’m very proud of my team's work. Of course, we would have needed a strong result for the championship today. It didn't materialize, so we'll go all out for the win on Sunday and try to finish the season on a high."

Rolf Ineichen: "I had a very good qualifying session and the start was great, too. It was very close, but I'm used to that by now. At the restart I was simply in the wrong place at the wrong moment. There were several collisions and I was sent into the wall by another driver. I'm very sorry for the team. The guys did a super job this weekend. On the other hand, we were lucky to get away with it. We saw once again how safe these cars are. I want to thank the Lamborghini engineers, the marshals at the Hockenheimring and the doctors of the DTM and at BG Ludwigshafen. The situation was superbly managed by everyone involved and I'm glad to have escaped with a scare."

Clemens Schmid: "The car felt very good today and I was really happy with my lap in qualifying. With the starting position, we had every reason to hope for a points result. What then happened in the race is something we've unfortunately seen far too often this year. There was simply no discipline at either the start or the restart. I got caught up in this accident through no fault of my own and had no chance. It's really frustrating to have been taken out of the race again in this way. In the end, we can only be glad that nobody was seriously injured in this chaos."

Alessio Deledda: "The race was actually very good. I got through the opening laps without any problems and then made an early pit stop. We were running great and I felt comfortable in the car. I was happy with the balance and the lap times. Unfortunately, I then had a technical problem and had to park the car. That's a real shame because I would have really liked to have driven to the end. I hope to be able to build on this on Sunday and improve once again."

Gottfried Grasser, Team Principal of GRT: "We had a mega qualifying session and a fantastic starting position, but unfortunately it was a black day for us in the end. Things didn't go as we had hoped. Every detail matters in this sport and that adds up to the result. Today we definitely would have needed a different result. In the end Mirko drove a great race and also Clemens, Rolf and Alessio showed strong performances. It is disappointing that our drivers were denied the race outcome they deserved. On the other hand, we are glad that nothing happened to Rolf. Tomorrow is a new day and there is still the mathematical chance of winning the title. Either way, we will give everything to show our best one more time at the last race." 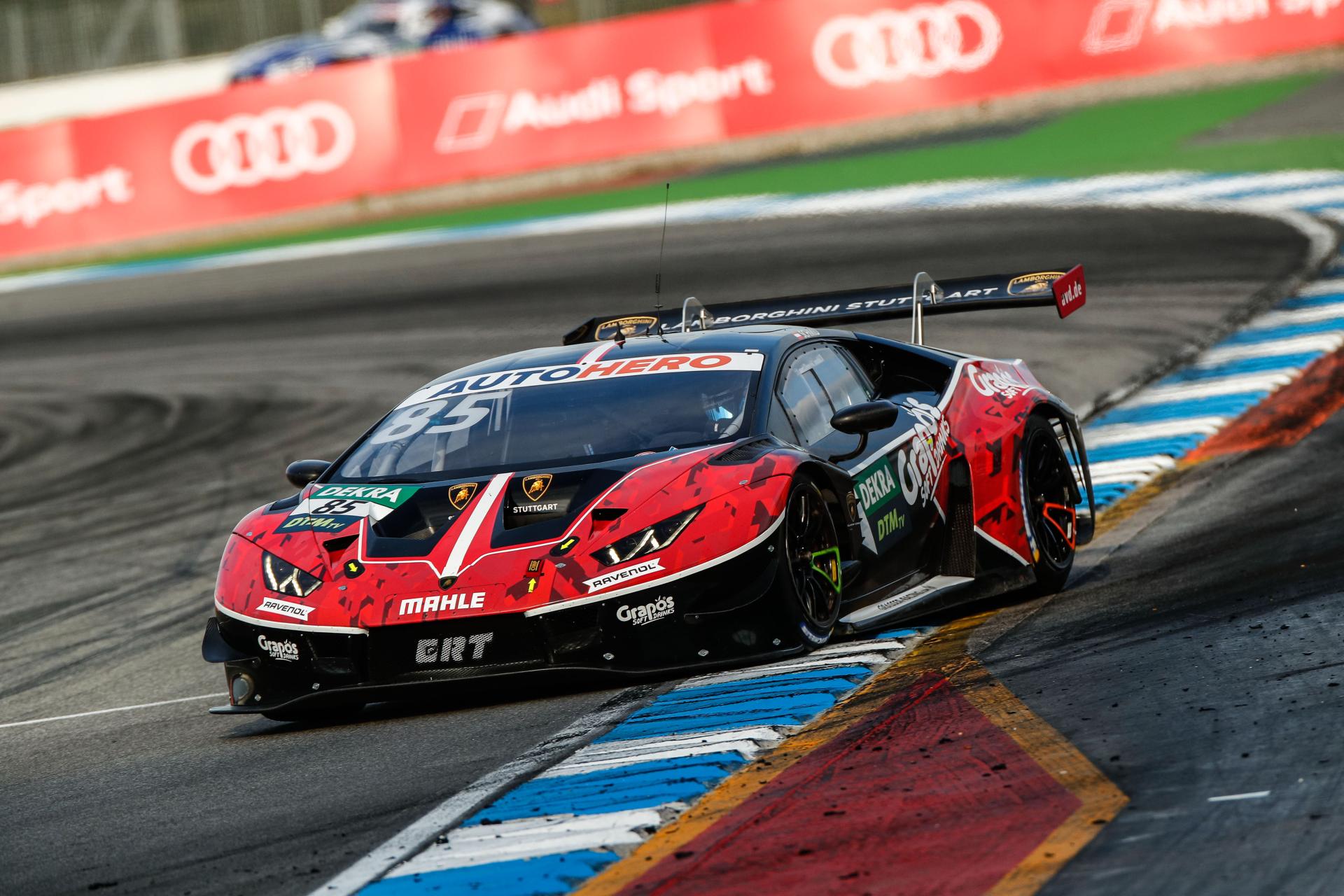 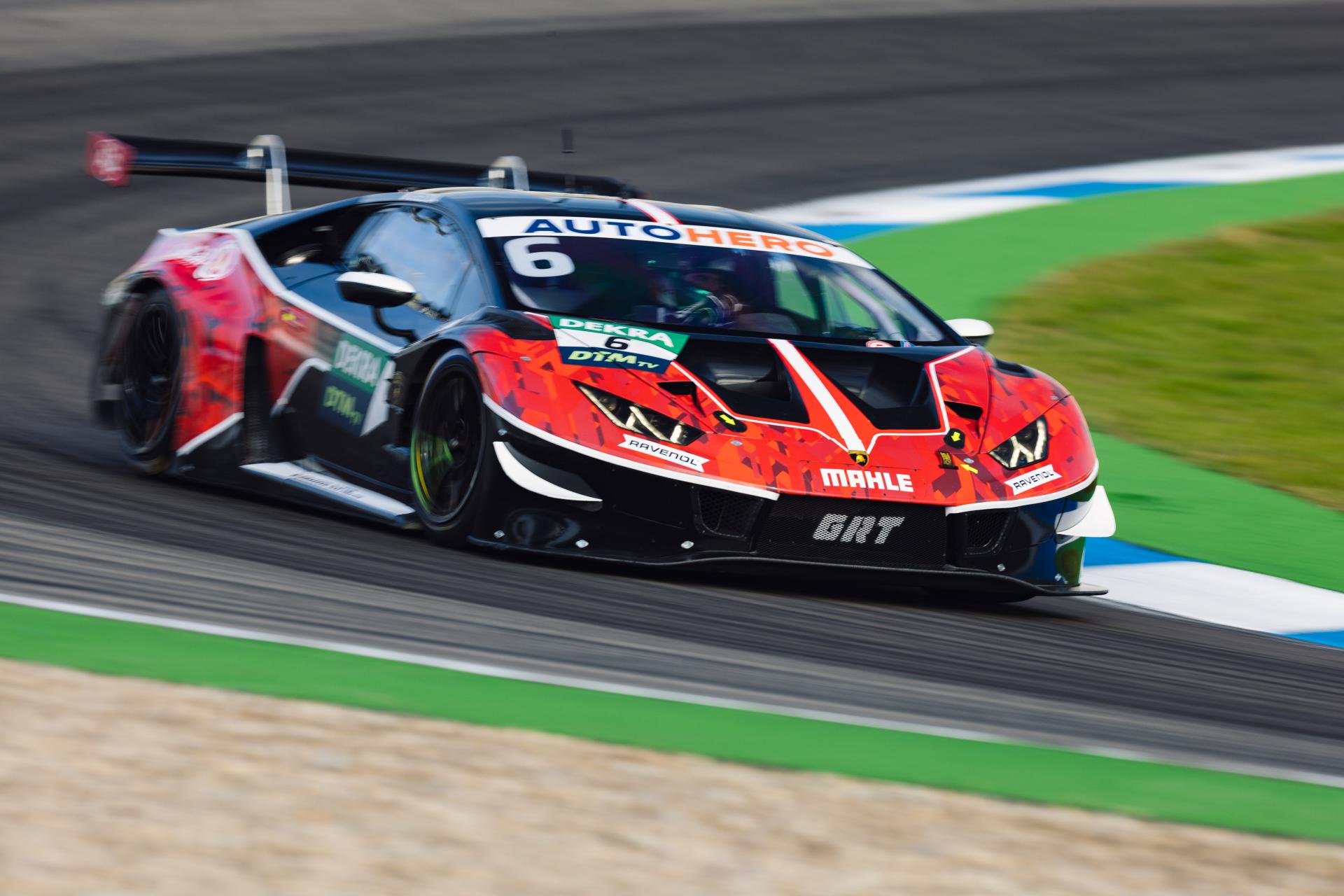 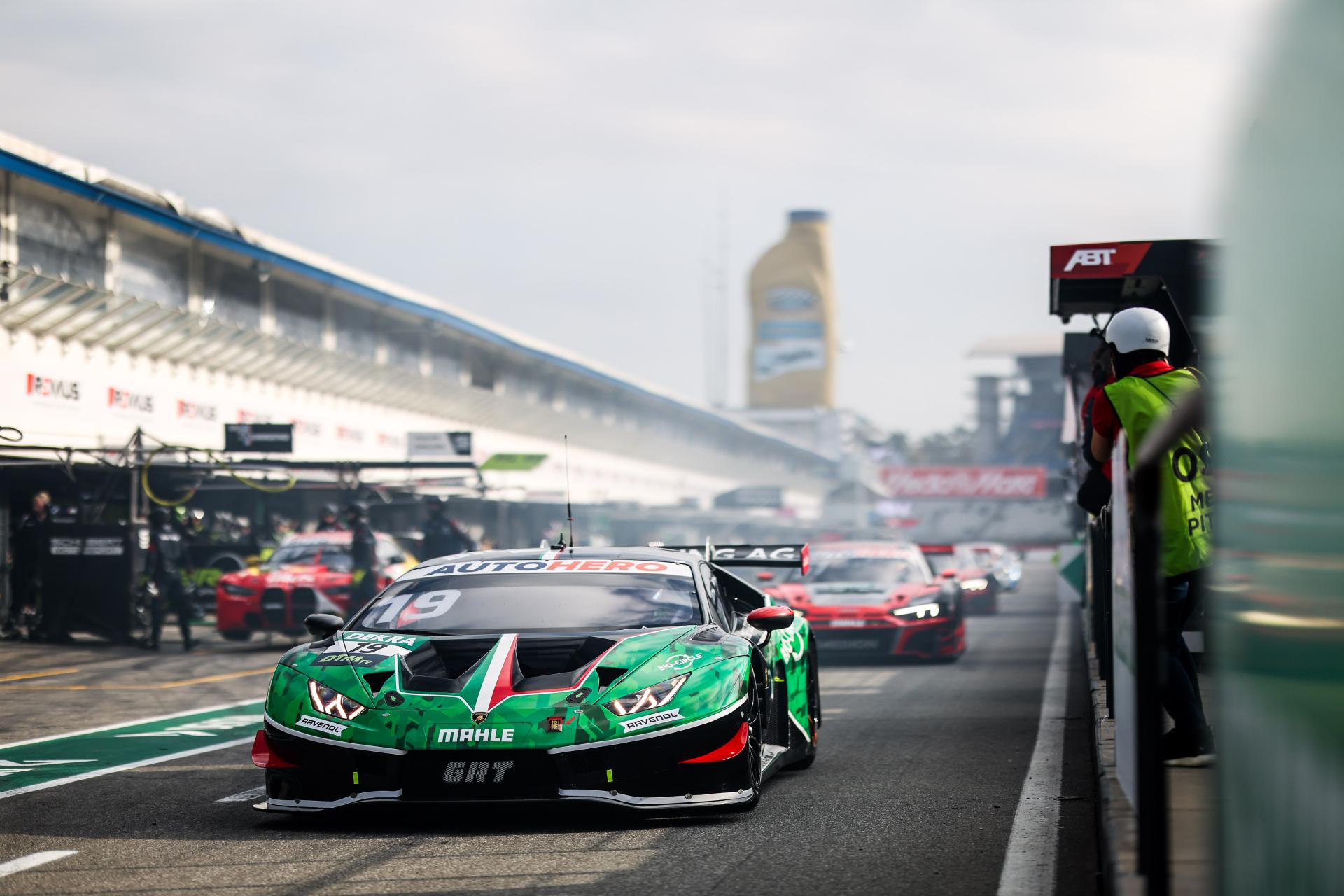