GRT maximize their potential in Saturday's DTM race at the Lausitzring

The second stop of the DTM 2022 presented GRT with a tremendous challenge this Saturday. At the Lausitzring, the Austrian Lamborghini team not only had to master the infamous Turn 1. For both crews and drivers of the four Lamborghini Huracán GT3 EVOs, the assessment of the Italian GT3 machine within the regulations also provided an increased level of difficulty. However, the team did not let the tricky task upset them in the first race this weekend. Mirko Bortolotti made the most of sixth place in the field of 29 GT3 cars.

Rolf Ineichen, meanwhile, impressed with a strong fightback on the 4.60 km long Lausitzring in only his third appearance in the DTM. The Swiss was rewarded for a clean drive and consistent pace with 14th place on the circuit located just outside Dresden. Clemens Schmid and Alessio Deledda saw the chequered flag in 17th and 19th place respectively. In the driver standings, Mirko Bortolotti is now second. GRT is in third place in the team standings.

In qualifying, Mirko Bortolotti ensured a solid starting position with ninth place on the grid for the first race. His good timing at the start, however, was not rewarded later on. He lost out against the higher top speed of the competition on the run down to the first braking zone and subsequently completed the opening lap in 16th place. The pit stop on the ninth lap proved to be the right strategy. In the second stint, the 32-year-old Italian managed his the tyres and at the same time made his way up the order in hard-fought battles. After the race distance of 55 minutes and one lap, the number 63 Lamborghini Huracán GT3 EVO finished sixth.

Mirko Bortolotti: "It was a very good race for us after all. We maximized our package today. The car was really good, the whole team did a mega job. I gave it all to do my part on the track as best as possible and we secured an important sixth place. It was obvious to see that we were struggling here. That's all we could do under these circumstances. We're happy to take this result and we'll now focus on making the most of our opportunities again tomorrow."

In the sister car bearing start number 19, Rolf Ineichen as well experienced an eventful Saturday. On the opening lap, the 44-year-old Swiss made up five positions and thus laid the foundation for a successful race. An early tyre change enabled him to quickly find into the right rhythm in the second stint. He made up eleven places and celebrated his first finish in the DTM in 14th place.

Rolf Ineichen: "The goal today was to finish the race and not make any mistakes. It was a big challenge for me to keep my rhythm throughout the full hour, but it was a mega race. The strategy worked out perfectly and I felt very comfortable. Towards the end I had to watch the tyres and I was careful not to lose time with unnecessary battles. I am really super happy about the result. Many thanks to the whole team for their great job."

The first qualifying session at the Lausitzring did not meet Clemens Schmid's expectations. In the race, the 31-year-old from Steinach am Brenner showed up with strong sector times, but the difficult starting position prevented any momentum to move forward. An early pit stop on the seventh lap was supposed to give him a run in clean air. However, when changing the right front tyre, a jammed wheel nut cost him four seconds. After a conservative approach in the midfield during the closing stages, he was classified 17th.

Clemens Schmid: "It was a difficult day. I didn't have the confidence in turn one and we simply started too far back in the race. During the pit stop, we lost more time due to an issue. In the second stint I got stuck behind another car. I was significantly faster in the corners, but I had no chance against the higher top speed. I could have only gone for an aggressive attack, but I thought about Sunday and held back. We have another opportunity tomorrow and we want to do better. If qualifying is on point, it will be a completely different race."

Former Formula 2 driver Alessio Deledda was confronted with a completely new challenge in his young motorsport career at the Lausitzring. In addition to the GT3 car, which is new to him this year, the banked turn one of the Lausitzring was also completely unfamiliar terrain for the Italian. Starting from 29th on the grid, he safely reeled off his laps in the race to collect more kilometres behind the wheel of the Lamborghini Huracán GT3 EVO. The clean drive was rewarded with 19th place.

Alessio Deledda: "I didn't really feel comfortable and just had too many difficulties. During the test, I had a much better feeling here and the lap times were also quicker. On the race weekend, things didn't go as I had imagined right from the start. We have to look into that, because I really want to improve on Sunday."

Gottfried Grasser, Team Principal of GRT: "We already saw in qualifying that it's going to be pretty tough for us here. The Lausitzring normally suits the Lamborghini very well, but this time we had our difficulties in the first sector for different reasons. The result is like a small victory for us. Mirko drove a very strong race and the crew did a fantastic job to come back from 16th place. We can be proud of this performance. It was also a superb race from Rolf. We are all happy to see him in his old form. We know his abilities and he is getting more and more comfortable in the DTM. We also saw Clemens' potential again today, but the first sector got in his way. It's all about details with him, then we will see him much further up the order. With Alessio, we still have a bit more work to do, but we will go full throttle on Sunday, as always, to unleash the potential of all our drivers." 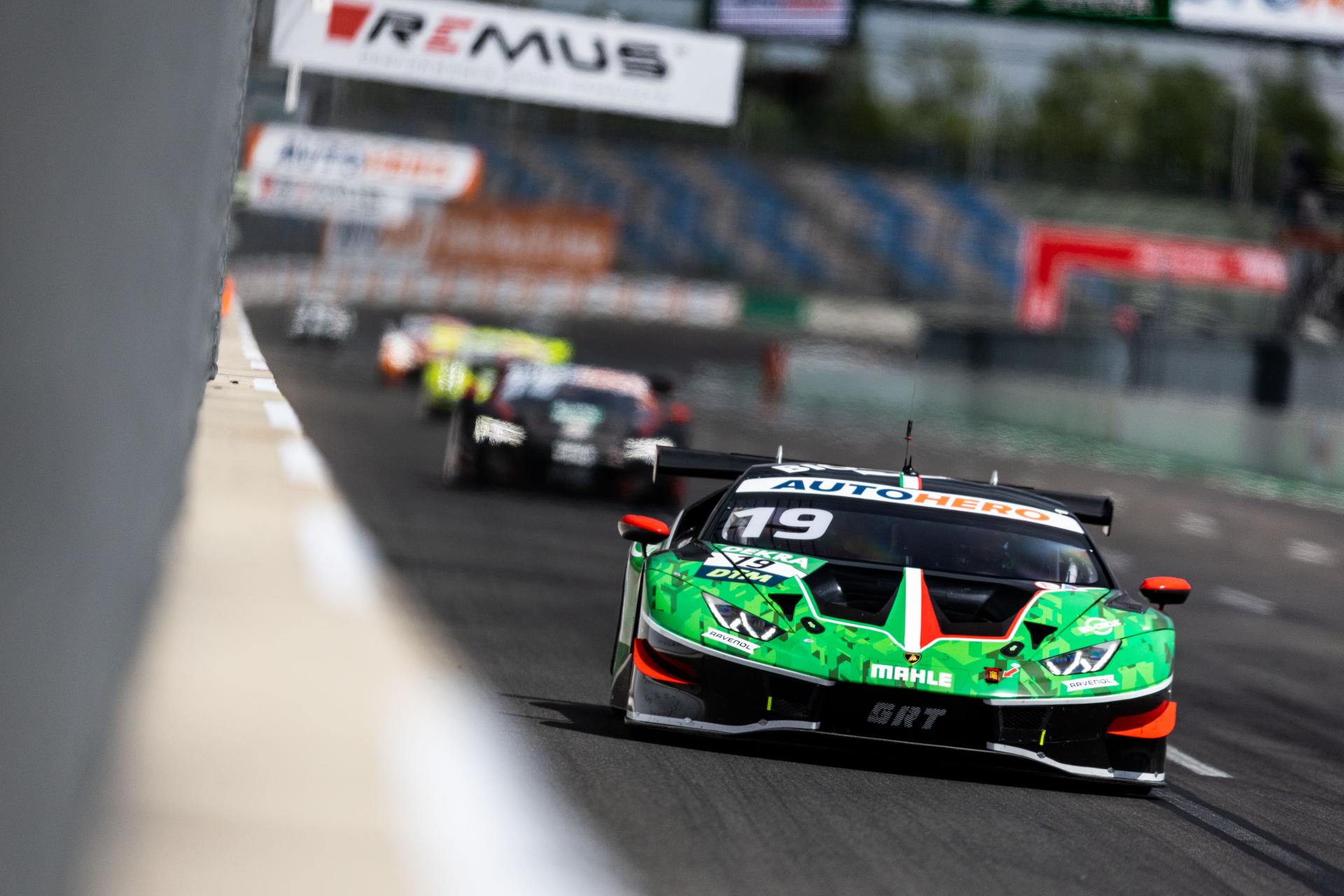 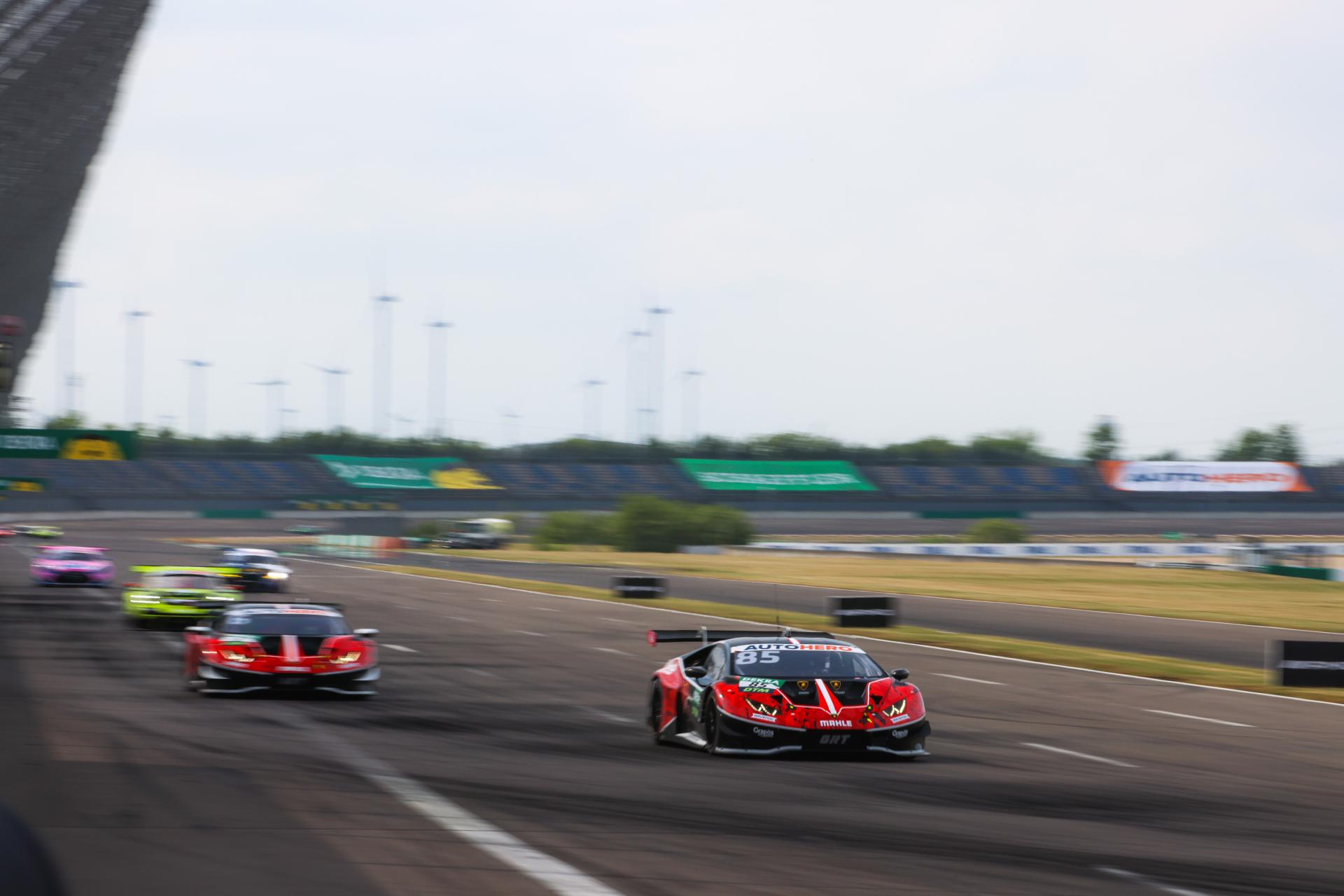 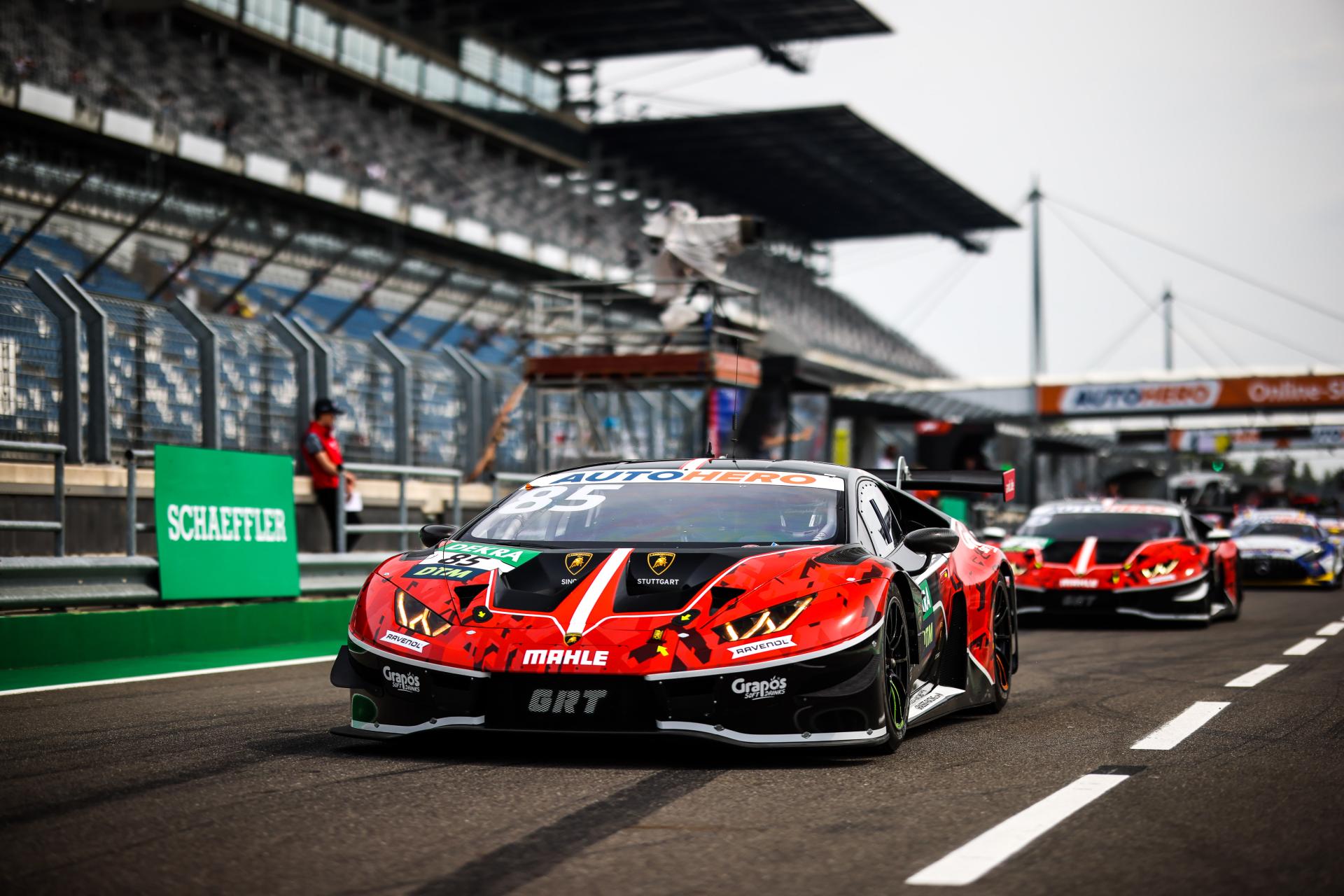 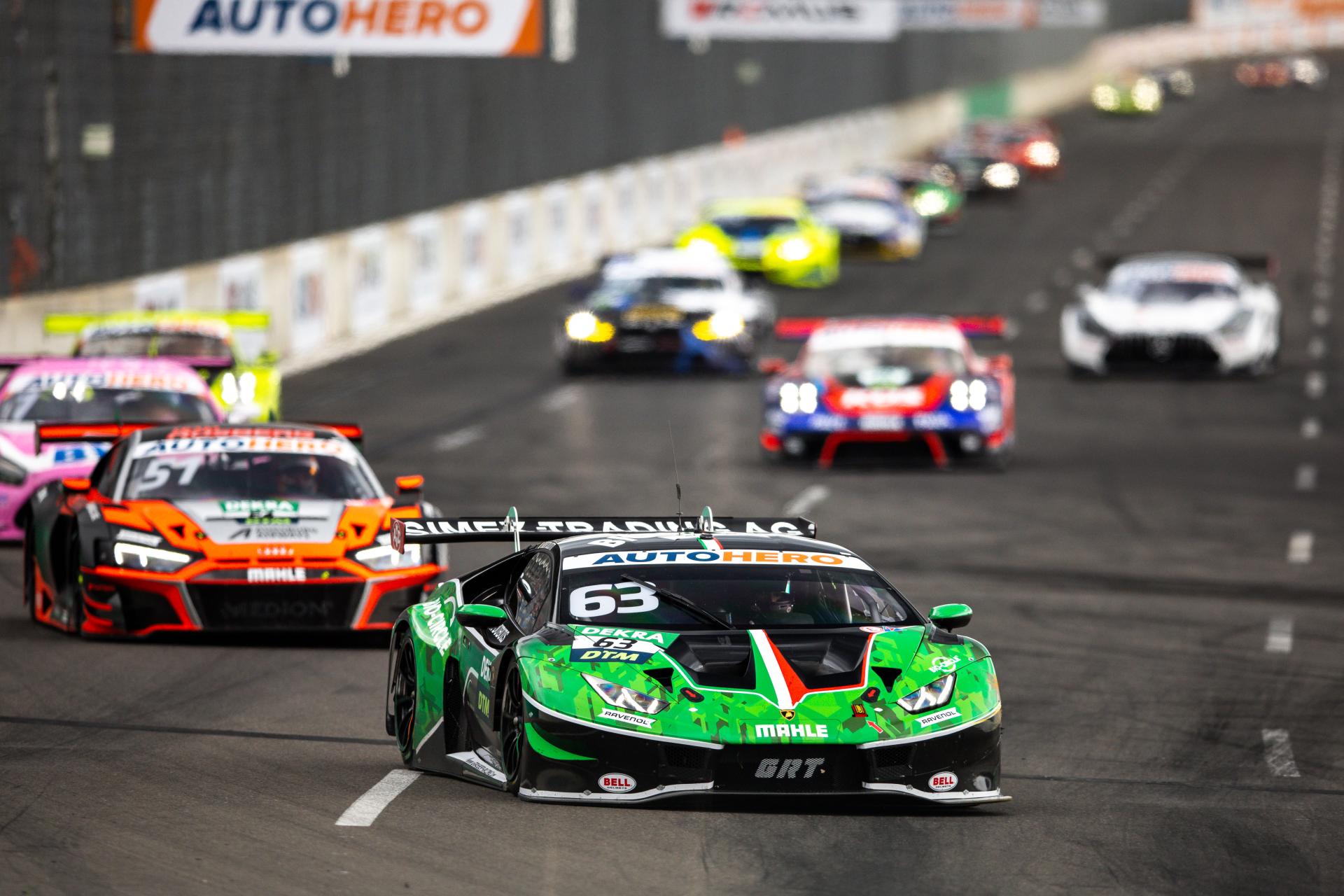