The long wait for GRT's first outing in the DTM came to an end this week. On 5 and 6 April, the team made its debut at the pinnacle of GT3 racing in the official test at the Hockenheimring. With its four Lamborghini Huracán GT3 EVO, the Austrian squad had a strong showing right from the start at the first test. Lamborghini factory driver Mirko Bortolotti on each day finished one session at the top of the standings and concluded the event in second place on Wednesday. Rolf Ineichen, Clemens Schmid and Alessio Deledda showed a steep learning curve on their first appearance in the DTM.

Cold and wet conditions dominated the official start to the 2022 DTM season on Tuesday morning, with rain and icy winds at barely more than 5 degrees Celsius not impressing the GRT crew in the slightest. Sporting a new look for the debut season in the prestigious DTM, Bortolotti set the fastest time in the #63 Lamborghini Huracán GT3 EVO in the first official session of the year. The GRT quartet took advantage of the improved weather conditions in the afternoon and completed a total of 345 laps. With 93 laps on the 4.574 km GP layout of the Hockenheimring, Schmid was the busiest driver of the squad.

The second day of testing also offered a wet race track at the beginning, which, however, dried faster than on the previous day thanks to warmer temperatures above 10 degrees Celsius. In the first session before the lunch break, Bortolotti was again the fastest man in the field of 28 GT3 cars. With Schmid in sixth position, another GRT driver made it into the top 10. Immediately behind the 31-year-old Austrian was Ineichen, who was ultimately classified in 16th position. Former Formula 2 driver Deledda, meanwhile, improved by six positions compared to the previous day.

In the final session of testing, Bortolotti was once again the fastest Lamborghini driver on the DTM grid. The 32-year-old Italian set the second-fastest time on Wednesday afternoon and thus ensured a strong conclusion. In addition to this, GRT was pleased with the impressive overall record of a successful test. At the end of the two days, the Lamborghini quartet had completed a total of 616 laps or 2817 kilometres in preparation for their DTM debut, which will take place from 29 April to 1 May in Portimão, Portugal.

Mirko Bortolotti: "The pre-season preparations have been positive so far. We had two good days in Portimão and the official test at the Hockenheimring was extremely important following up on that. It was essential for us to gain valuable experience for the season here under different weather conditions. We still have some work to do, but I'm looking forward to kick off the season in Portugal!"

Rolf Ineichen: "It was a really exciting two days at the Hockenheimring. The Lamborghini drives very differently on the Michelin tyres and you can clearly feel the Balance of Performance as a driver. Everything feels a bit faster and it's a lot of fun. The atmosphere in the DTM also impressed me. A big compliment to the whole organisation. It's in a completely different league and I feel even more confident about my decision due to these first impression. Switching to the DTM was the right move and I'm looking forward to the season."

Clemens Schmid: "I am very satisfied with the tests on the whole. The weather was not ideal in the morning sessions. The rain gave us new insights, but we had to adjust our programme accordingly. The crew responded excellently, and we worked through everything according to plan. I think we have a very solid base to build on. I can't wait for my first start in the DTM."

Alessio Deledda: "The DTM is a really exciting experience for me. The Lamborghini Huracán GT3 EVO is great fun to drive. I still have to work a lot on adjusting to the GT3 car. My feeling is getting better with every run and the support from the engineers is incredible. The goal is to make more progress leading up to the start of the season. I'm confident that we'll make some more improvements before the season opener and I'm looking forward to my debut season in the DTM."

Gottfried Grasser, Team Principal of GRT: "The test in Hockenheim officially marked GRT's entry into the DTM and was something very special for us. When we came into the paddock on Tuesday morning, a childhood dream came true for me. This feeling of finally getting started was indescribable. We felt at home in the DTM right away, because the collaboration with the organisation and the ITR is really fantastic. On the track we had a tight programme to complete, with our drivers getting to grips with the DTM in different ways. The focus was about understanding the tyre and optimising the set-up of our Lamborghini Huracán GT3 EVO. We were able to draw on good experience with Michelin due to our races in IMSA. The results have exceeded our expectations, but there is still a lot of work ahead of us. We feel we are on the right track and will continue to push flat out until Portimão." 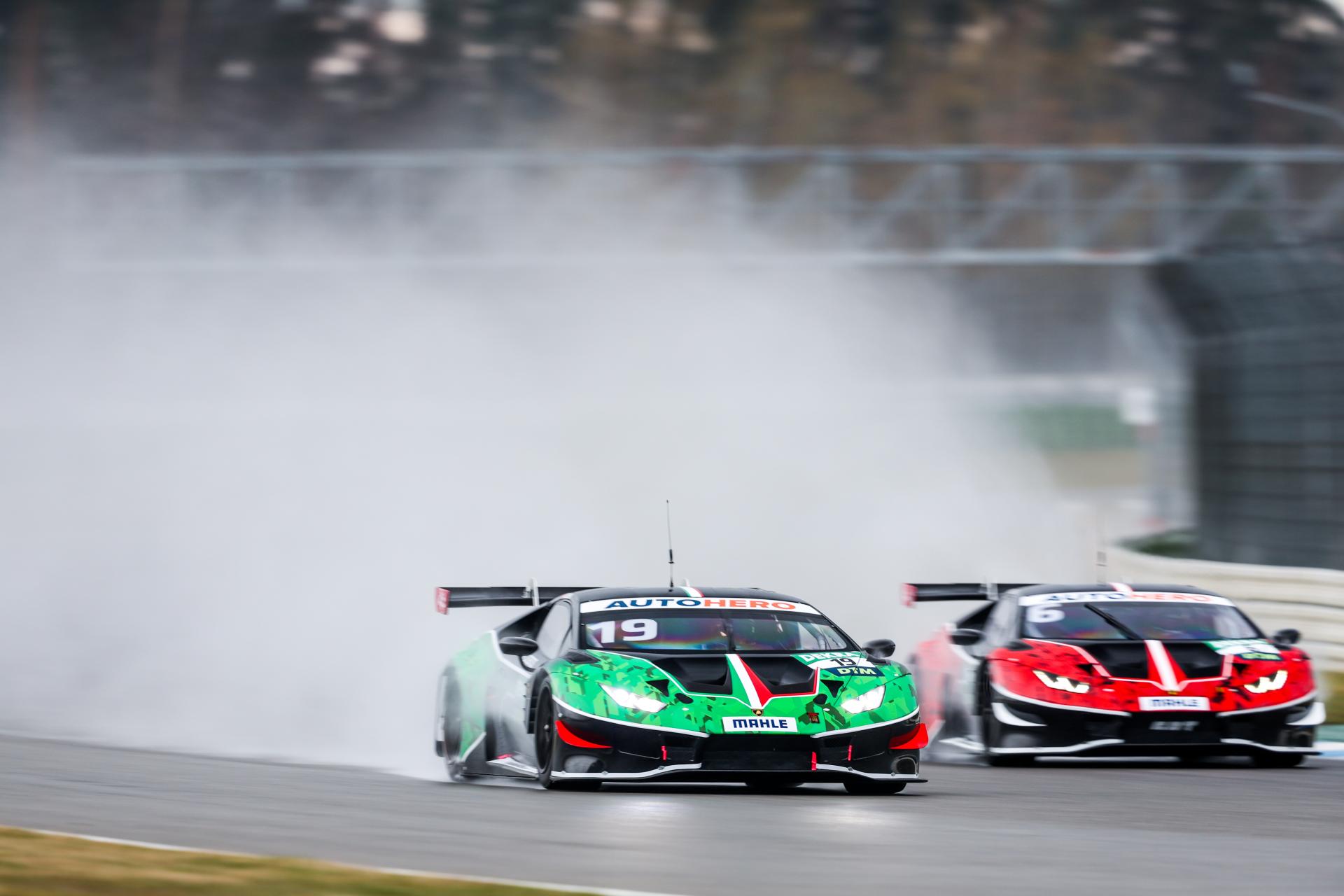 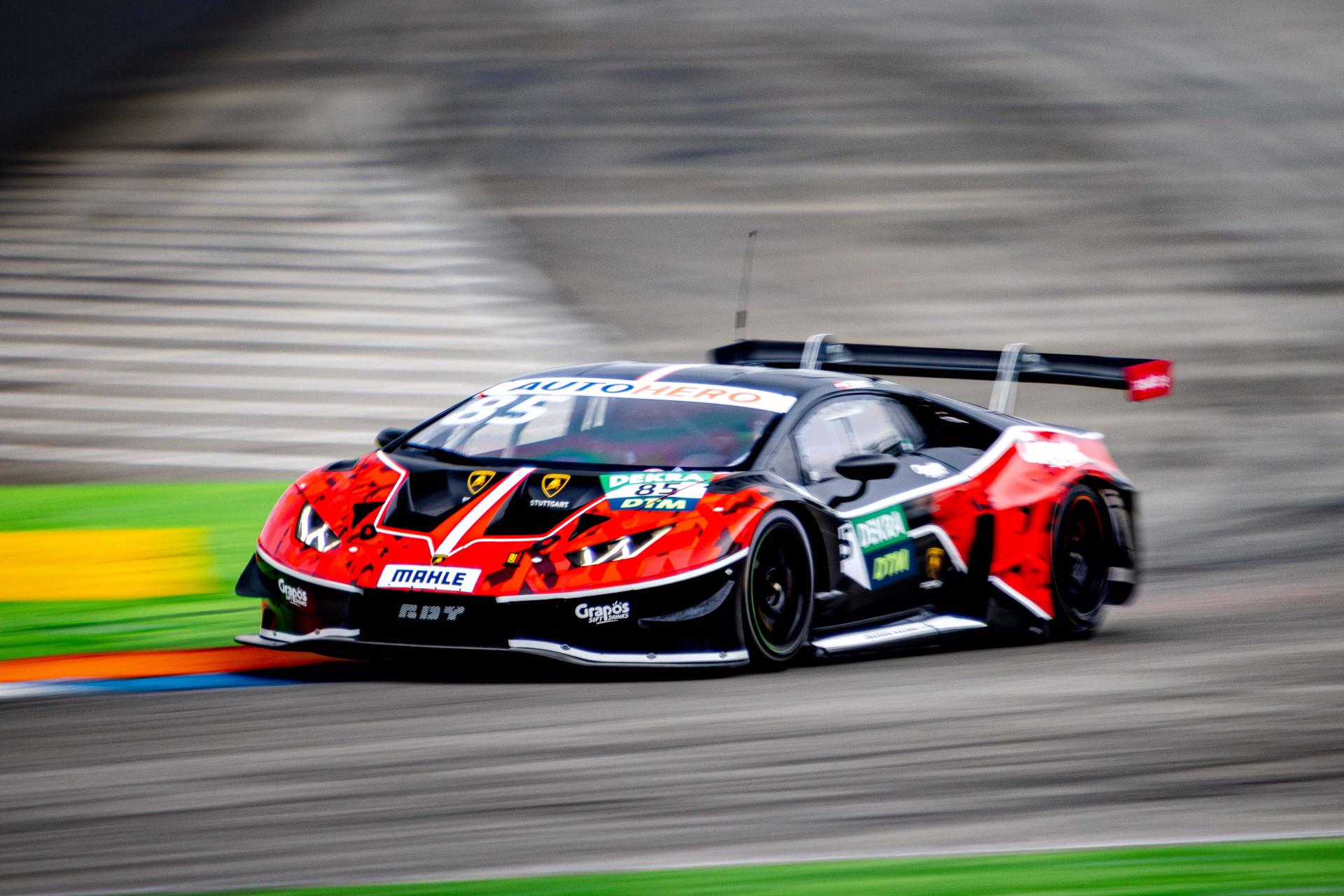 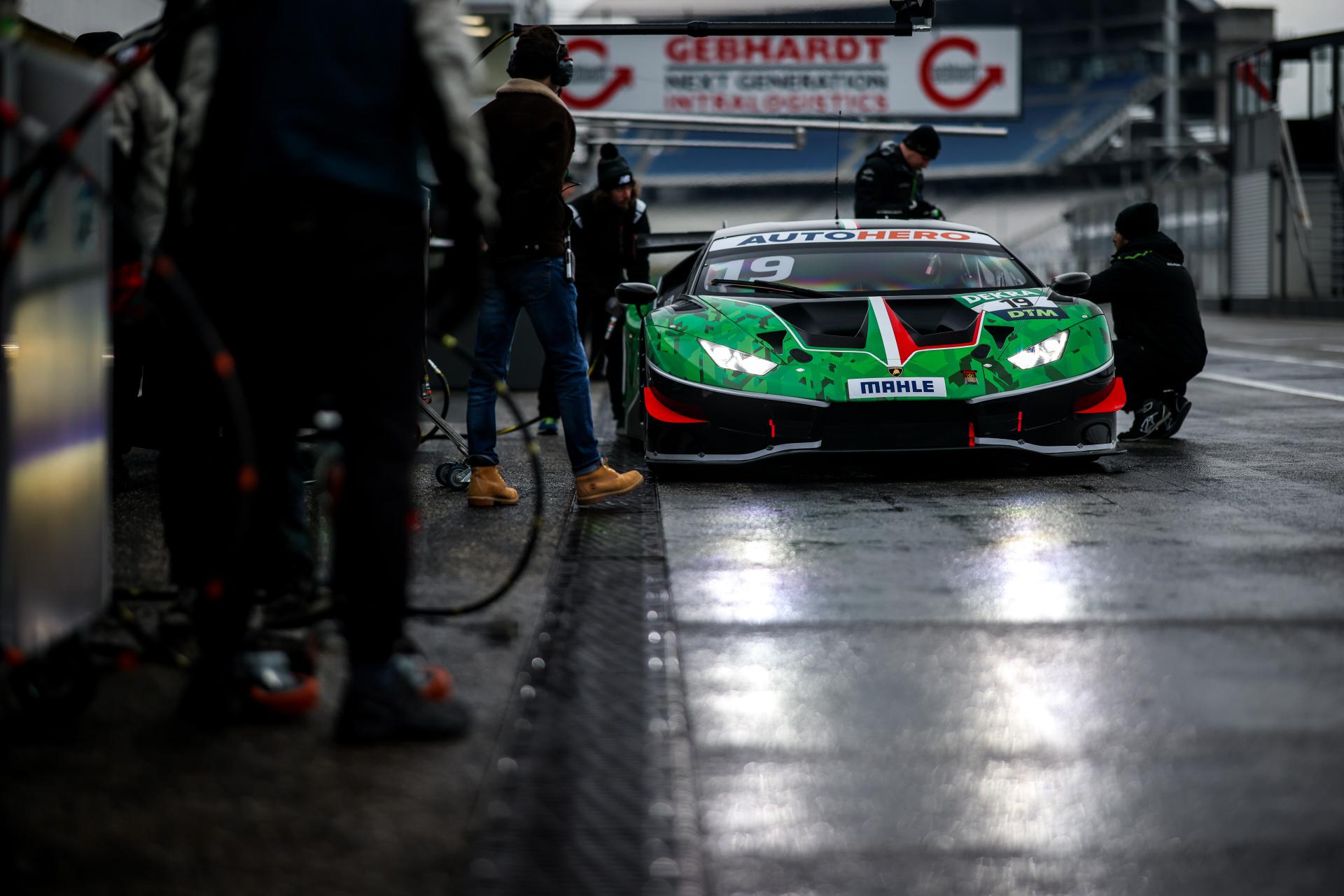 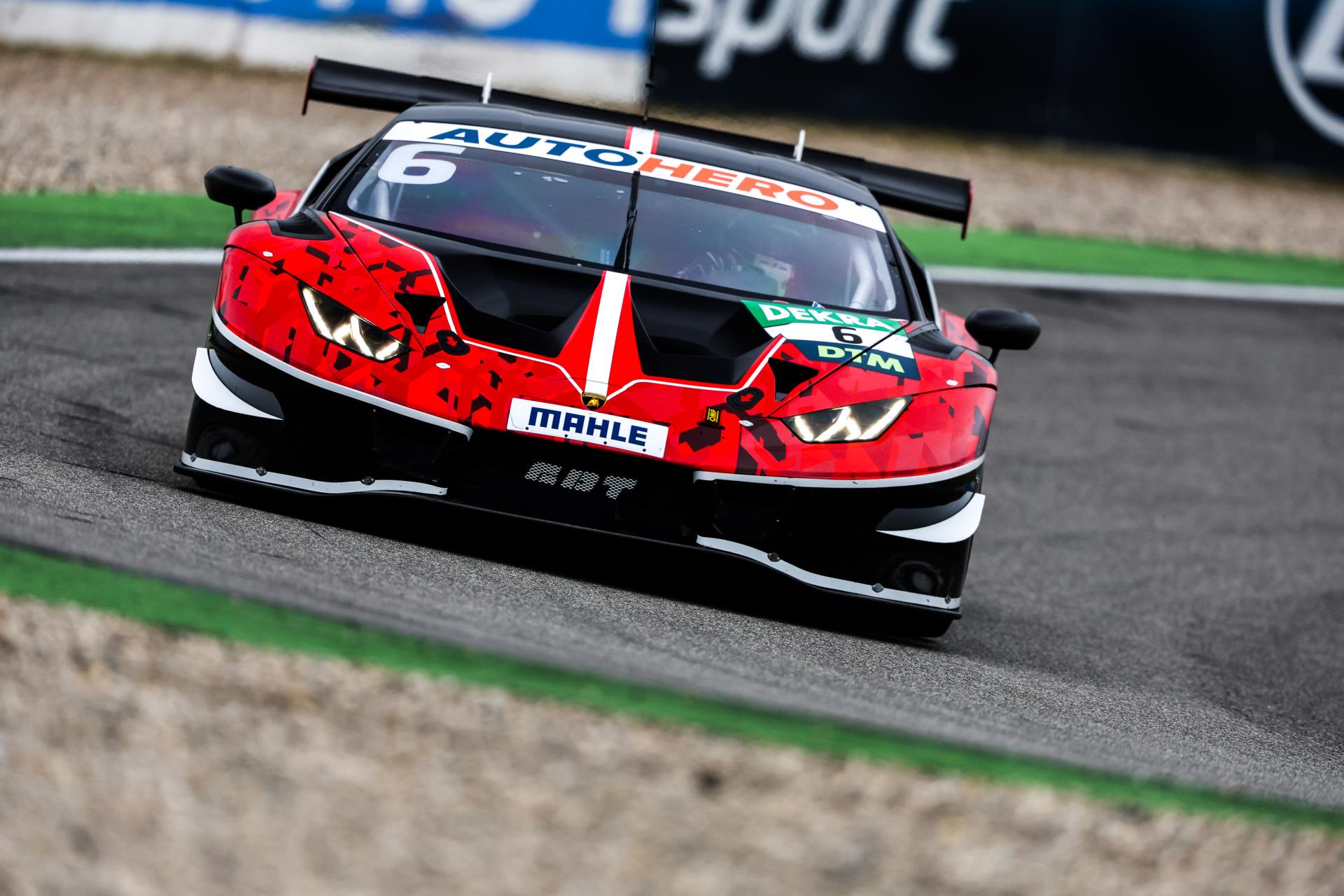 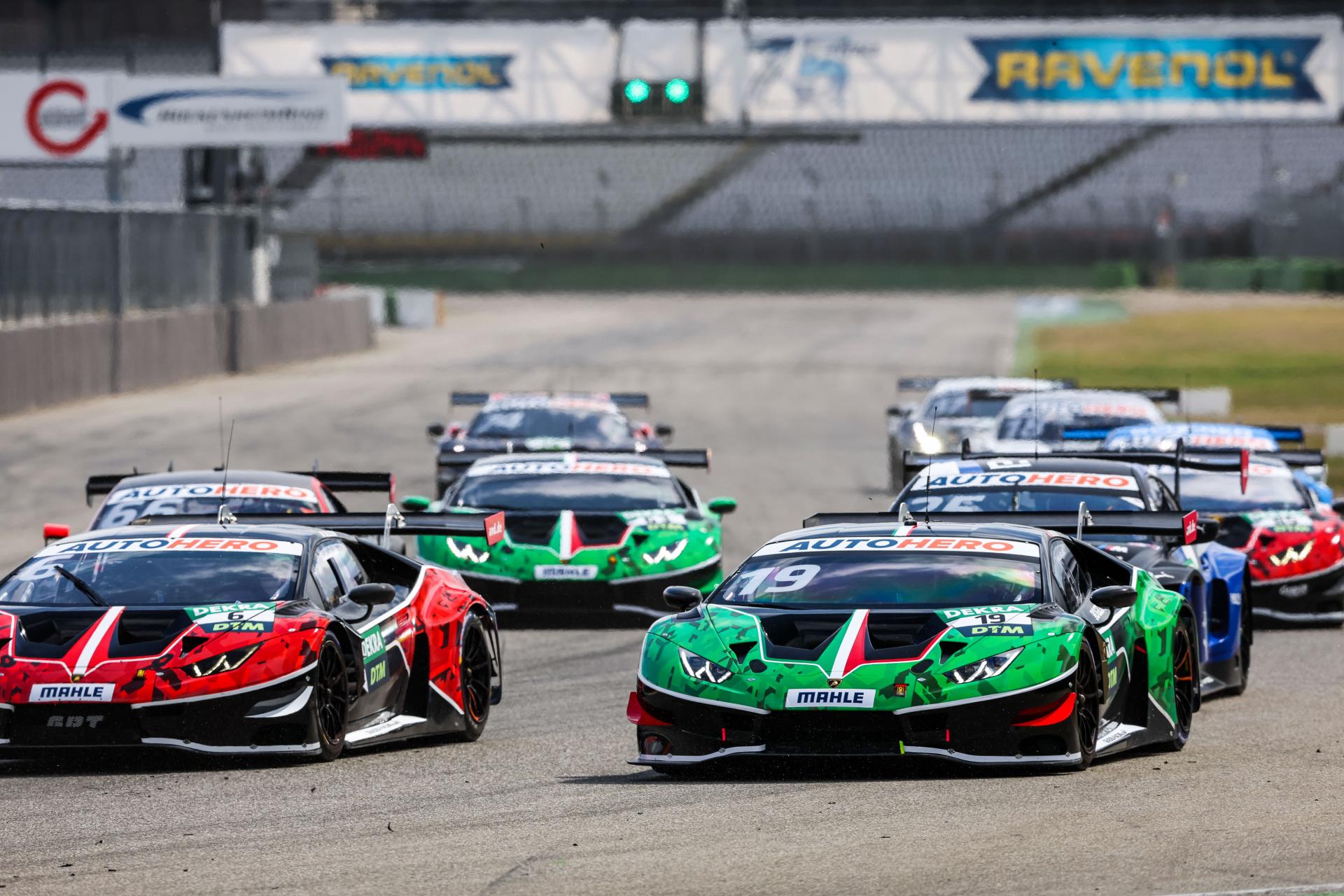