Successful closure to the season for GRT at the FIA Motorsport Games 2022 in France. The Lamborghini team from Austria competed for the first time in their history at the spectacular Motorsport Olympics this weekend. In the GT Sprint, Mirko Bortolotti competed for Italy driving the Lamborghini Huracán GT3 EVO from Grasser Racing. The Lamborghini factory driver achieved a strong second place in the high-caliber race on Sunday, securing overall victory for his country in the competition of nations.

From 26th to 30th October, a selection of the world's best racing drivers met for an international showdown at the FIA Motorsport Games on the world-famous Formula 1 circuit in Le Castellet. A total of 463 athletes from 72 nations competed in 16 disciplines. The GT Sprint as the big highlight marked the climax of the event on Sunday. In the competition with GT3 cars, GRT with Mirko Bortolotti at the wheel of the Lamborghini Huracán GT3 EVO once again presented themselves in top form on the world stage of GT sport.

In the morning, two 30-minute practice sessions were held on the 5.842 km long Grand Prix layout of the Circuit Paul Ricard in order to prepare for the 20-minute qualifying session and the 60-minute race. In qualifying, Mirko Bortolotti ensured a good starting position with third row on the grid. The race got under way as the grand finale of the FIA Motorsport Games on Sunday afternoon at 15:50.

In the opening lap Mirko Bortolotti once again proved his assertiveness. The 32-year-old Italian made up two positions in the fiercely contested first corners and emerged as one of the big winners from the early minutes. After the successful start, he relentlessly put pressure on Ayhancan Güven. On the eighth lap he passed the Turk with a determined maneuver and took over second position.

As a result of the fierce battle, Matt Campbell from Australia was already five seconds in the lead at this point. Mirko Bortolotti gradually caught up with the leader while driving in clean air, but at the same time had to defend himself against the Belgian Dries Vanthoor in the closing stages. After 30 laps, he crossed the finish line in second place with the #63 Lamborghini Huracán GT3 EVO. Showing fast lap times in the second half of the race, he had reduced gap to the winner to one and a half seconds.

With the silver medal, Mirko Bortolotti captured the fourth precious metal for Italy in the entire competition. The nation thus edged out France in the medal table and was crowned the overall winner of the FIA Motorsport Games 2022. For GRT, the successful event was a fitting farewell to the Lamborghini Huracán GT3 EVO. From 2023 onwards, team boss Gottfried Grasser's squad will field the new Lamborghini Huracán GT3 EVO2.

Mirko Bortolotti: "I am very proud of this result and the fact that our silver medal contributed to the success of Italy in the FIA Motorsport Games. We had a difficult day since we were down on straight-line speed in particular. Therefore this second place is worth a lot. Thanks to GRT and Lamborghini for the great work. The balance of the car was perfect."

Gottfried Grasser, Team Principal of GRT: "It was a great honor for us to fly the Italian flag with Mirko and Lamborghini at the FIA Motorsport Games 2022. A big thank-you to Lamborghini Squadra Corse and Giorgio Sanna for putting their trust in our team to represent their nation in this great competition. We initially needed some time to find the right balance, as we were running on Pirelli tires for the first time this season. In the race we were more competitive than in qualifying and Mirko put in another sensational performance from the first lap. He made the difference and second place really was down to his superb driving. To secure Italy's overall victory with this medal was an absolute highlight for us and a great way to end the season. We can hardly wait for 2023 to get under way." 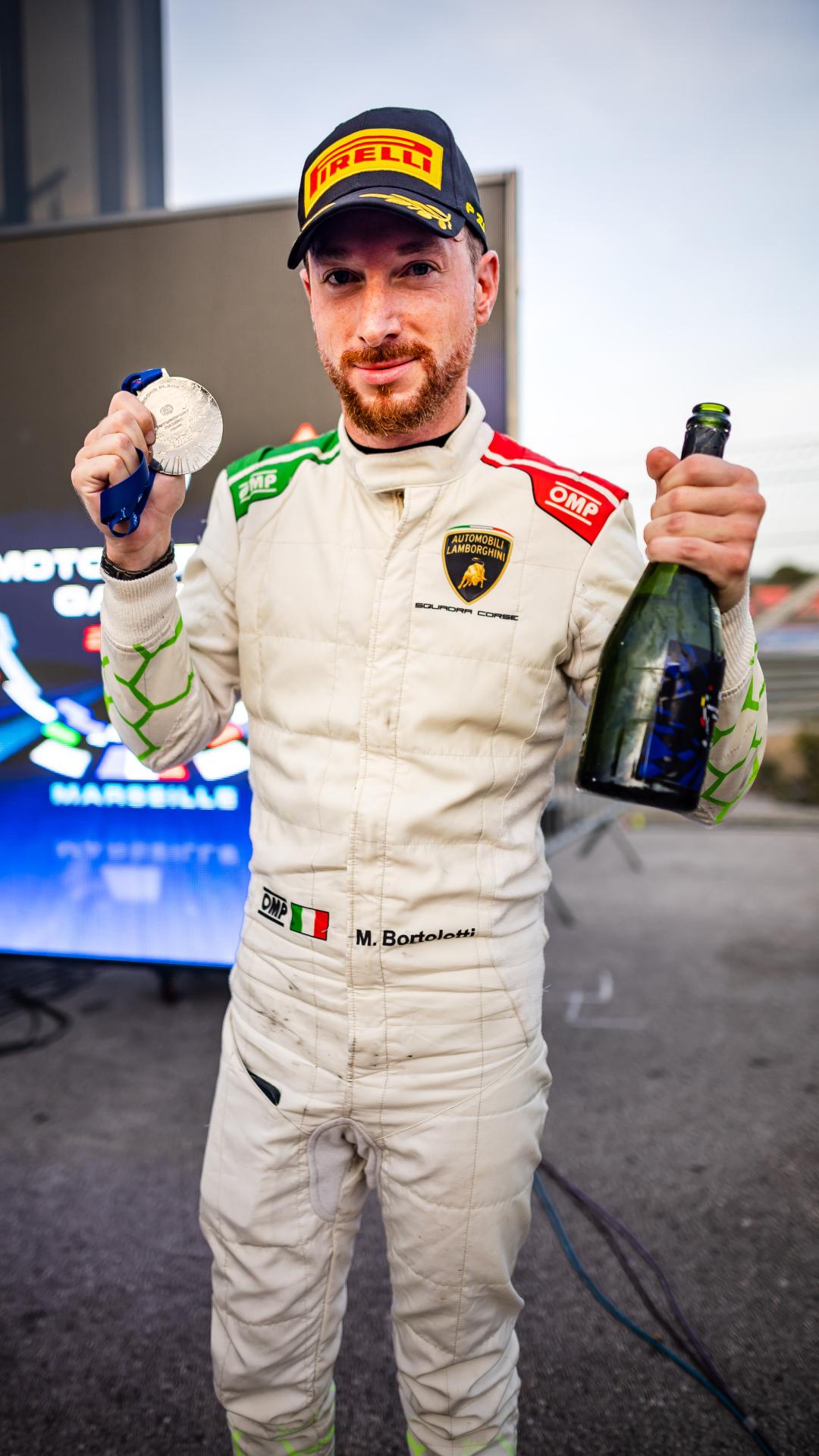 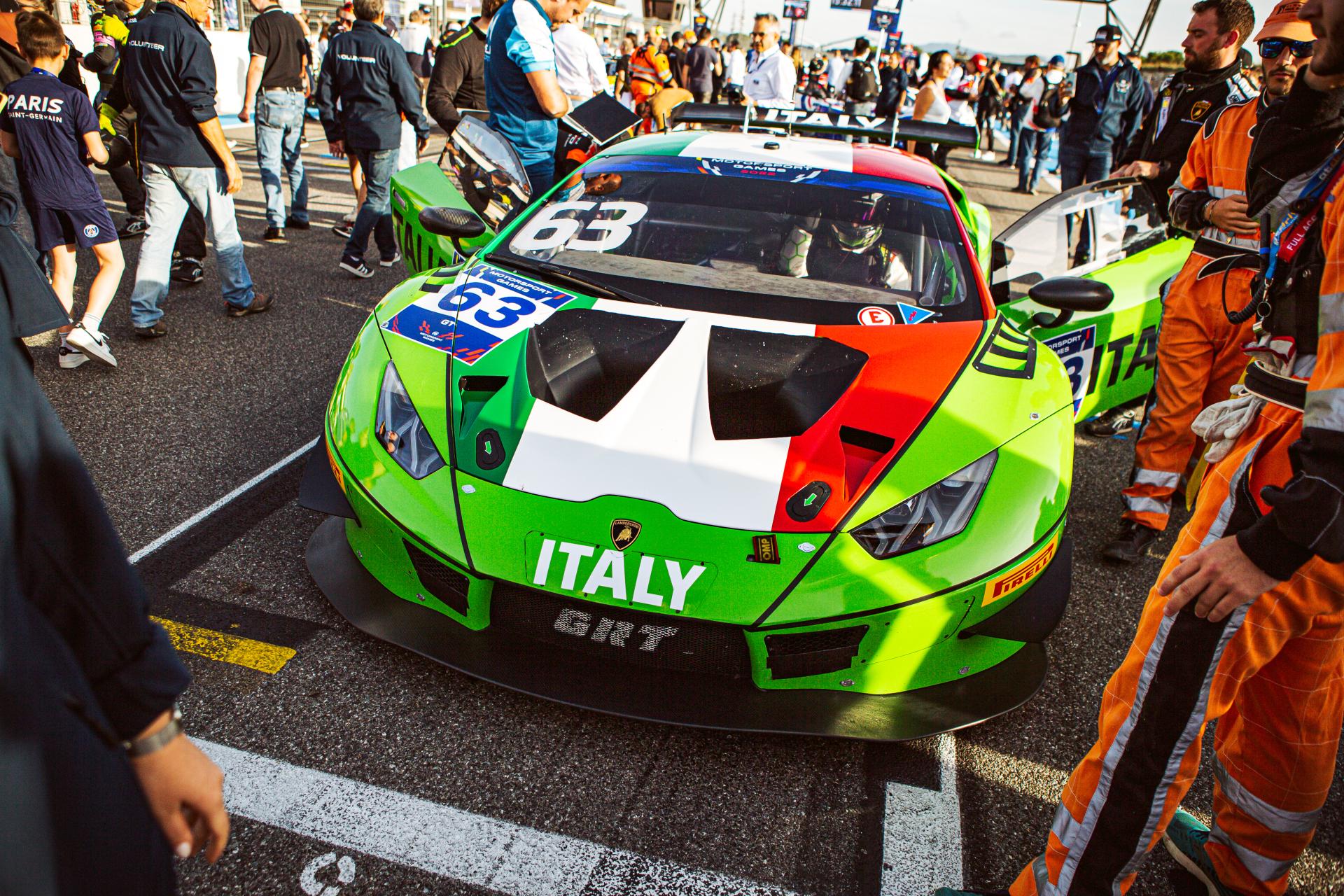 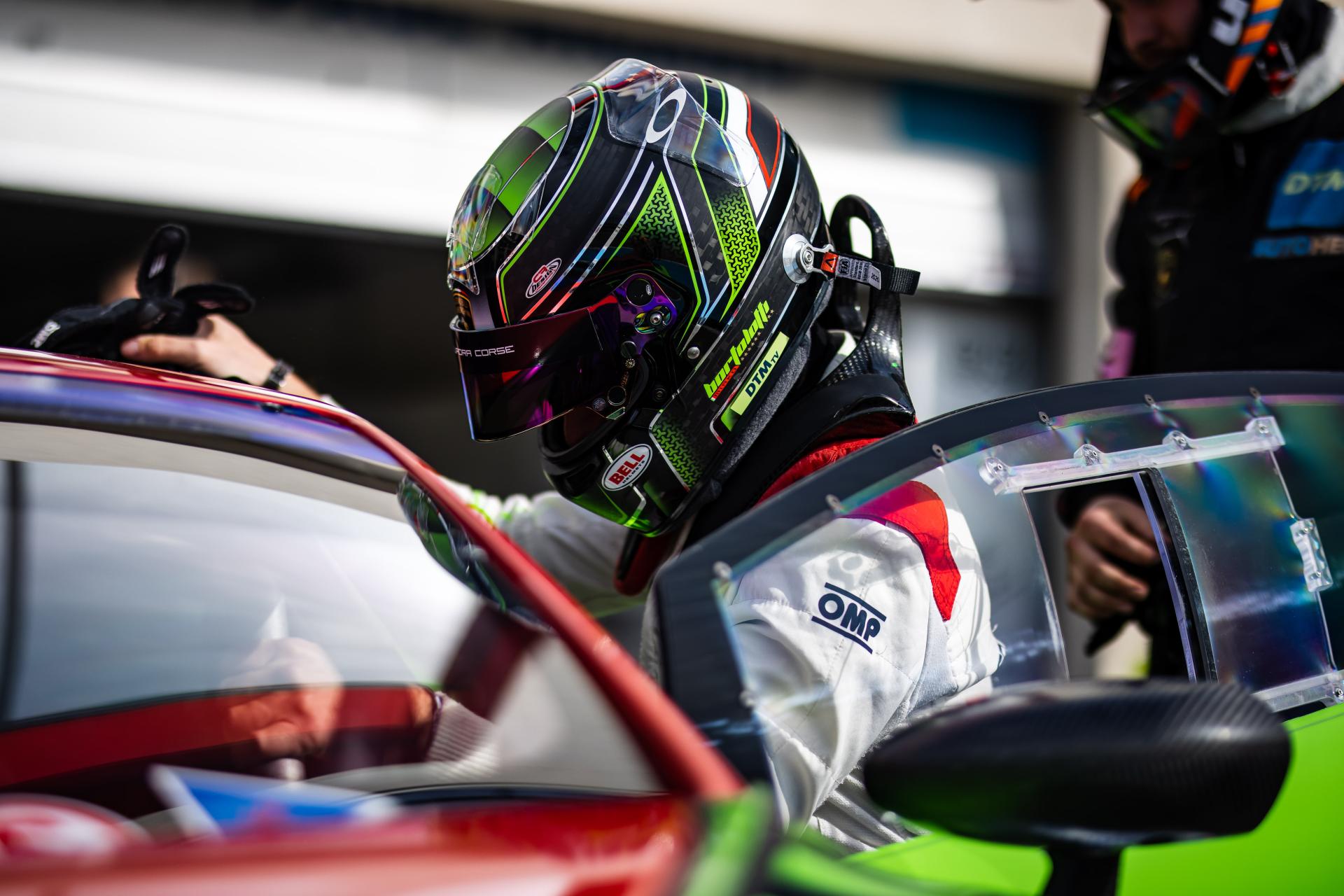