A challenging debut for GRT at the Norisring was rewarded on Saturday with another championship point in the 2022 DTM championship. With its four Lamborghini Huracán GT3 EVO, the team from Austria got a taste of the special character of the legendary street circuit in Nuremberg at their first appearance. Lamborghini factory drivers Franck Perera and Mirko Bortolotti provided a promising start into the day with places four and seven in qualifying. In a turbulent race, Clemens Schmid continued Grasser Racing's points scoring streak this season with tenth position.

Qualifying was split into two sessions on Saturday morning. Based on the position in the driver standings, the officials divided the field, with the odd positions in Group A and the even positions in Group B. In the first part, Clemens Schmid, Alessio Deledda and Franck Perera took to the 2.3 km long Norisring. The latter delivered an excellent debut in the DTM with second place in his group after having been called up at short notice on Thursday to replace Rolf Ineichen. Clemens Schmid and Alessio Deledda finished eighth and 14th, while Mirko Bortolotti was fourth in the second group.

In the overall result of the two qualifying sessions, Franck Perera took fourth place on the grid. Mirko Bortolotti, on the other hand, had to line up at the end of the grid after a formal error in parc fermé. Clemens Schmid and Alessio Deledda started the first race from rows 10 and 13. In summer weather with hot temperatures around 30 degrees Celsius in the afternoon, the Norisring once again lived up to its reputation as a hard-fought track. In the first corner of the race it came to a collision between several cars. All four GRT drivers were involved through no fault of their own and had to take avoiding action, losing time in the process.

The incident led to the first of four safety car periods. By the time the chequered flag fell, 16 of the 27 drivers who initially started the race had retired, including Franck Perera, Mirko Bortolotti and Alessio Deledda. After the distance of 55 minutes and one lap, Clemens Schmid was the only GRT driver left in the race. With tenth place, the 31-year-old from Austria scored the second points result of his young DTM career. The rookie also ensured that Grasser Racing managed to finish in the top-ten for the seventh race in a row.

The DTM race weekend at the Norisring continues for GRT on Sunday. After another split qualifying session, the second race will take place at 13:30. Team principal Gottfried Grasser's squad will take part with Mirko Bortolotti, Clemens Schmid and Alessio Deledda. As a result of the damage sustained in Saturday's race, Franck Perera's car will not be on the grid.

Clemens Schmid: "It was a very difficult race. The behavior at the starts and fighting for positions did not do justice to the high level of the DTM. It was only after the last restart that things calmed down, but by then the field had of course already been decimated. For us, Saturday was absolute damage limitation. My car took a lot of punishment on the first lap and finishing in the top-ten was more than we expected. We just about escaped a retirement and are therefore quite satisfied with the point."

Mirko Bortolotti: "Although we had a day to forget, the most important thing is that Maro Engel is fine. Our battle today didn't have the outcome that the both of us, and me in particular, had been aiming for. We race against each other in close situations almost every weekend, sometimes one has the edge and sometimes the other. The way it turned out today is unfortunate for all of us. I’m sure we can both learn from it. Now we have to look ahead and try to get the best possible result on Sunday."

Franck Perera: "First of all, I was very happy about the qualifying, of course. We can be proud of what we have achieved in such a short time. To fight at the front straight away and to show what we can do was a very good feeling. The race was very disappointing. It is always difficult to make out who caused an incident at the start, but I was pushed from behind and had no chance. In my opinion, the driving was too reckless, and the race directors should take action here to calm things down. A race like this has to have consequences. For me personally, it's a great pity that I won't be able to drive on Sunday. Many thanks to GRT and Lamborghini Squadra Corse for their trust and the opportunity this weekend in the DTM."

Alessio Deledda: "The race was very chaotic from the beginning. I got bumped into from behind in the first corner. Things continued the same way after that, and I found myself in a battle with another car. We overtook each other several times. When I was very close behind him on the approach turn one, he braked very early and I couldn't avoid him. I touched him and unfortunately Franck was also involved in the accident. The whole situation was really unfortunate and the outcome of the race very frustrating. Sunday can only get better."

Gottfried Grasser, Team Principal of GRT: "It was by far our toughest day in the DTM so far. The qualifying session initially made us very optimistic. Especially Franck's performance. He stepped in for Rolf at such short notice and was immediately at the front. To deliver like that out of the box in one of the most competitive racing series in the world is something you can only take your hat off to. To see Clemens back in the points was of course also very positive and something we are all very happy about. On the other hand, we had a very chaotic race. There was very aggressive driving and I wish the DTM would take action here. Of course, we also have to talk to our drivers about it, but ultimately, the teams and the racing series have to find a solution together. What happened today was very costly and affects us all. I really hope it doesn't repeat itself like this on Sunday." 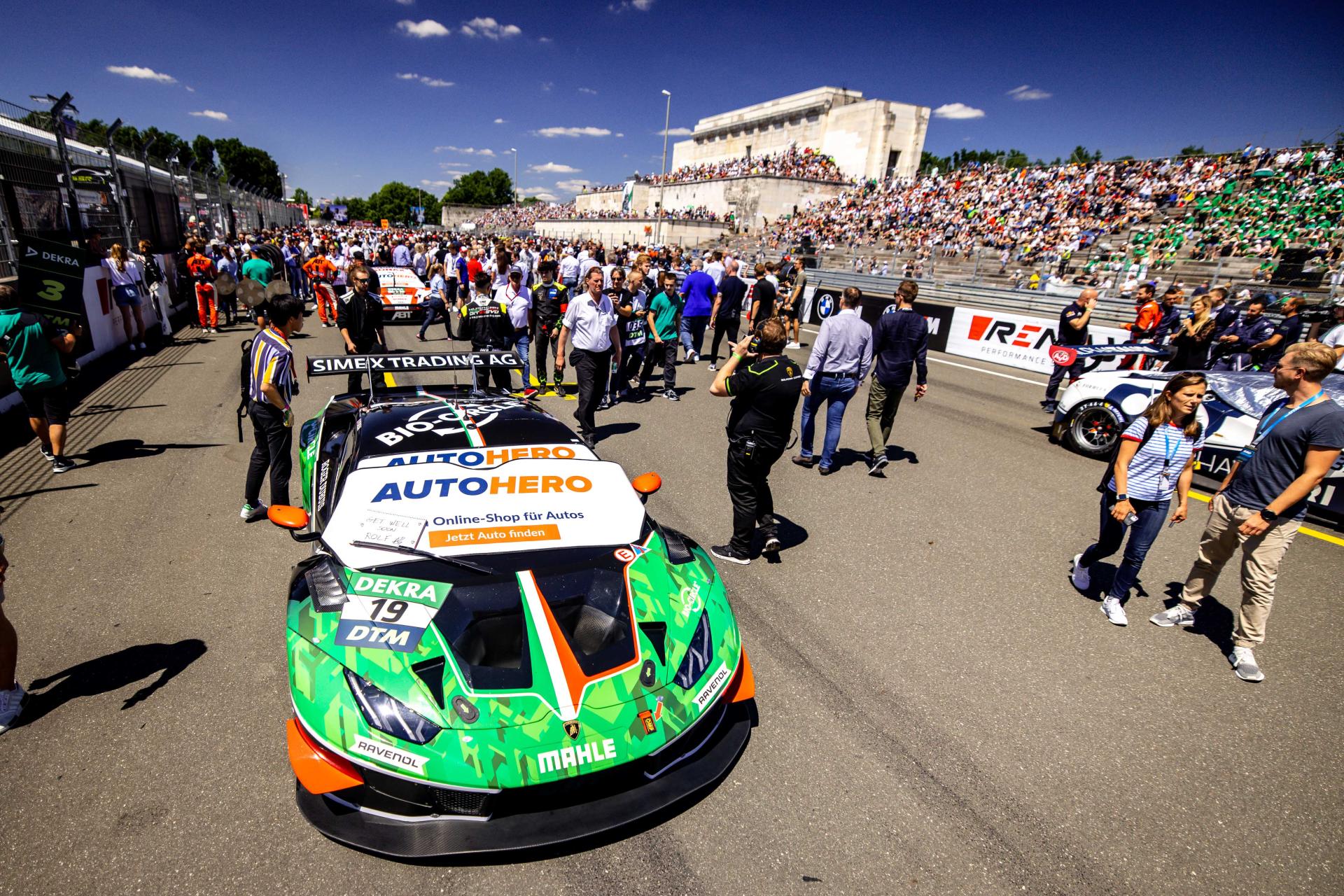 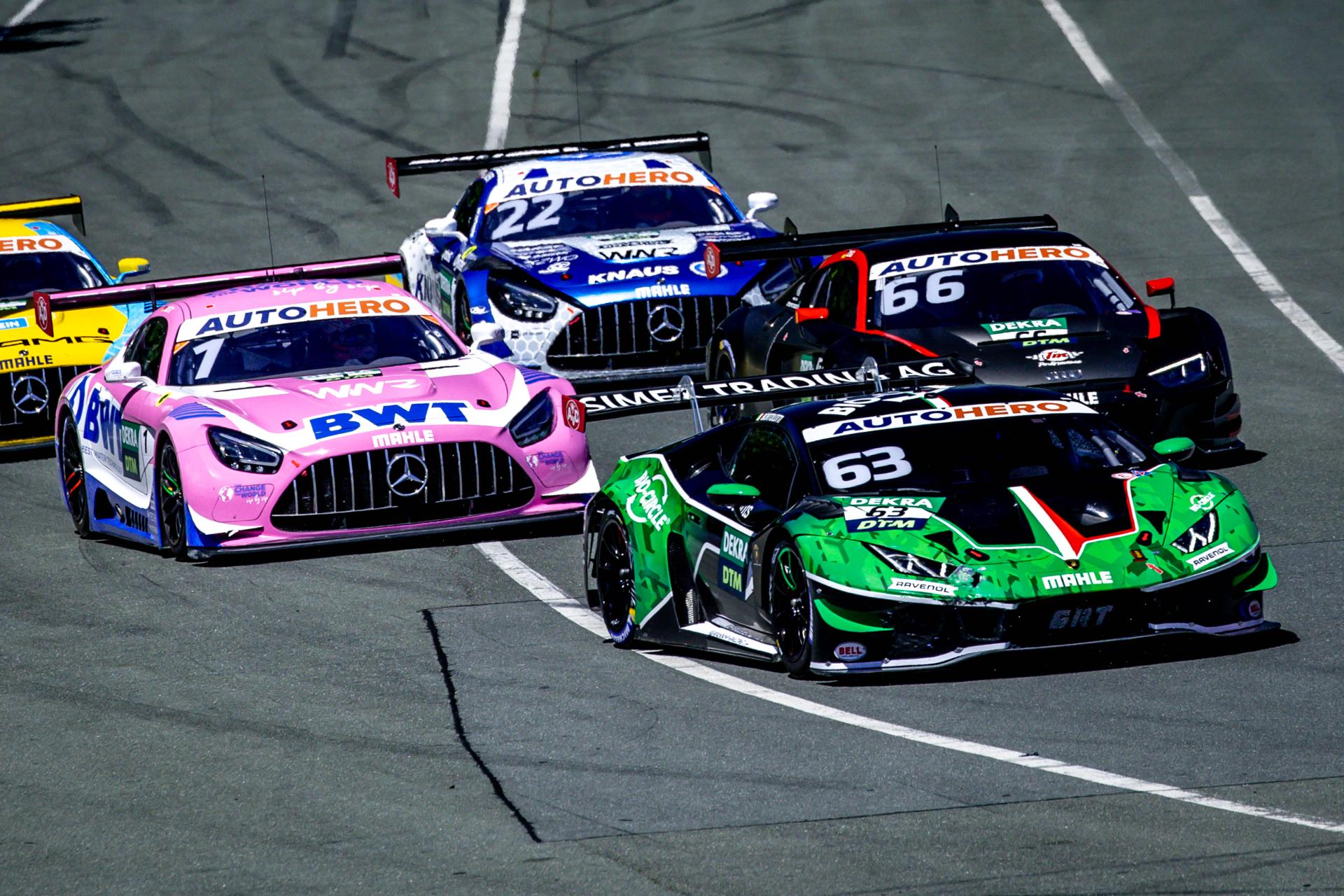